Clinical physiology involves functional investigations of different organs such as the heart, the blood vessels, the lungs and the gastrointestinal tract. The focus of our research is the development of high precision methods for fast and accurate diagnosis of various illnesses, and is most advanced within the fields of cardiovascular disease, lung function tests and investigations of the gastrointestinal tract.

Cardiovascular research: The research covers foremost ultrasound investigations of the heart and the blood vessels, including development of image analysis and software for calculation of various physiological parameters for diagnosis and prognosis of different cardiovascular diseases. Among several achievements have variables of pressure, flow and acceleration times been correlated to measurements by cardiac catheterization. This has allowed earlier and non-invasive diagnosis of different types of lesions within the cardiovascular system. Representatives for the cardiovascular research are Frank Flachskampf, Bertil Andrén, Sven-Olovf Granstam and Magnus Roos, whom collaborate with Cardiology and Vascular Surgery at the University Hospital.

Lung function research: Studies are conducted for the development of new investigational methods such as impulse oscillometry, whereby a sonic wave is sent into the lungs. This non-invasive method to measure respiratory mechanics causes much less discomfort than ordinary, common practice, lung function tests. We also perform studies of diseases that affect lungs and airways to detect initial signs of disease and thereby start early treatment. These studies include diseases such as asthma, chronic obstructive pulmonary disease (COPD), cystic fibrosis, alveolitis and other inflammatory lung diseases. The lung function research includes also lung changes in connection to anesthesia and breathing dysfunction. Representatives for this area of research are Hans Hedenström, Andrei Malinovschi and Göran Hedenstierna, and collaborations are close with the lung clinic, the anesthesiology clinic, the physical therapists and the pediatric clinic at the University Hospital.

Studies of diseases by integrated physiological tests: Through ergospirometry (measurement of respiration and gas metabolism during ergometer exercise) one can study changes from both the respiratory system and the cardiovascular system, as well as muscular function in patients with multiple organ dysfunctions that affect the patients work capacity. Data from these tests guide the treatment and prognosis of different diseases and is also used for risk-stratification in advance of major surgery. Representatives for the research on ergospirometry are Hans Hedenström and Andrei Malinovschi, and collaborations are foremost with cardiology, lung medicine, anesthesiology and the pediatric clinic at the University Hospital. 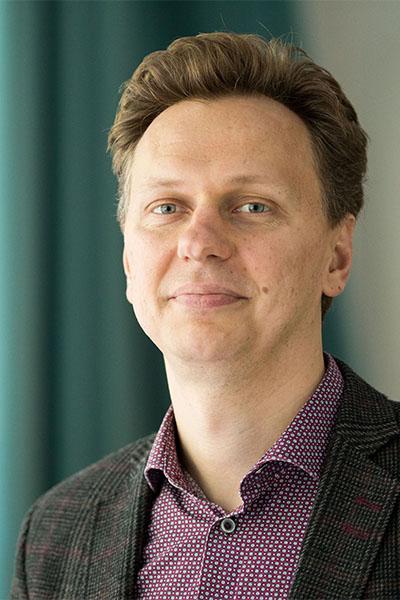 A number of studies have been conducted comparing fully controlled mechanical ventilation (MV) and spontaneous breathing combined with a basic mechanical support (APRV or BIPAP). A consistent finding has been that spontaneous breaths improve lung aeration and function by recruiting lung tissue and increasing respiratory compliance and gas exchange compared to mechanical ventilation. The advantages and even superiority of spontaneous breathing are important findings that guide in the development of improved ventilatory techniques. It has focused our interest in another Swedish invention, neurally adjusted ventilatory assist, NAVA. This technique is based on the recording of the diaphragm EMG to guide the ventilator in tailoring the breath according to the demand by the patient (i.e. the respiratory centre of the brain).

When using conventional mechanical ventilation an optimal ventilator setting is critical, an issue that has been intensely discussed during the last 10 or 15 years. A desire is to provide “protective ventilation”. However, it still remains to define what “protective” really is. Our own studies have focused on the application of suitable positive end expiratory pressure, PEEP. Low PEEP will allow collapse of lung tissue, and more importantly, cyclic recruitment and collapse of airways and alveoli. Studies how to find optimum PEEP levels have been performed. They have also stimulated us to do studies using PET and inflammatory markers together with CT to detect onset of inflammatory responses to ventilatory support and relate inflammation to morphological changes as assessed by CT.

An asthma cohort of 411 subjects (schoolchildren and young adults) was formed between 2010 and 2012 within the frame of a VINNOVA-funded for research on Minimally Invasive Diagnostics in Allergies and hypersensitivities (MIDAS). Information on respiratory symptoms, disease control, measurements of exhaled nitric oxide (NO), nasal NO, exhaled carbon monoxide, lung function and methacholine reactivity were done along with sampling of blood for measurements of inflammation and allergic sensitization markers. The overall aim was to map asthma disease with emphasis on inflammation and allergic sensitisation pattern as a basis for future therapeutic interventions. A total of six PhD students are working with results from the MIDAS study and five manuscripts have been published on the material and several are being prepared. A follow-up of the MIDAS study has been performed during 2013-2015 and we are currently analysing natural history of the disease, with focus on stability of different asthma phenotypes as well as the predictive value of some of the baseline characteristics for disease deterioration.

We are also involved in analysis of the Swedish Global Asthma and Allergy Excellence Network (GA2LEN) - study where we have analysed determinants of exhaled nitric oxide in patients with asthma along extensive mapping of different inflammatory markers in the blood (eosinophil activation markers along with other type 2 inflammation markers). Finally, we are investigating the value of combining markers of inflammation in the airways (exhaled nitric oxide) with markers of eosinophil inflammation in the blood (blood eosinophils or serum eosinophil cationic protein) in MIDAS, GA2LEN and National Health, Nutritrion and Examination Survey (NHANES). We could report that simultaneously elevated levels of both this type of markers relate to disease exacerbation and poor control.

Spirometry is used to define COPD and has been used to grade severity of COPD. However it becomes more recognized that FEV1 is not an optimal correlate of the exercise capacity and has limited value even in disease prognosis. In a prospective study, we have investigated the value of a complete lung function characterization (including DLCO measurements and lung volumes) for prognosing exercise capacity decline. The main finding was that DLCO was the only predictor of a decline in exercise capacity over a 5-year period. COPD exacerbations have big socio-economic impact and therefore it is important to understand its predictors in order to prevent exacerbations. We assess the value of extensive lung function characterization (including DLCO, gas washout, exhaled NO and forced oscillation technique measurements) along with exercise ability, inflammation markers for predicting exacerbations in COPD patients in an ongoing, multicentre study – Tools for Identifying Exacerbations (TIE) study. We have included approximately 500 patients during 2014-2015 that will be followed-up with yearly clinical visits for two ears. Five PhD students are involved at the present moment in the TIE-study. In an EU-funded project, Clinical tRials for elderly patients with MultiplE Disease (CHROMED), we are investigating the value of telemonitoring lung function by forced oscillation technique in elderly subjects with COPD and comorbidities. Data from the CHROMED project are analysed at the present moment.

Forced oscillation technique (FOT) and impulse oscillometry (IOS) are two lung function methods that can be performed in all subjects as they require only tidal breathing and therefore can be used in small children and elderly persons that are not able to participate in conventional lung function tests. We are investigating the value of this method to be used as screening method for obstructive airway disease in patients referred for lung function testing. Furthermore in the follow-up of our asthma cohort of children and young adults with asthma, MIDAS, we are investigating the value of FOT to detect early changes in lung function and the value of FOT measurements in relation to disease control and airways inflammation.

Within the frame of the Swedish CArdioPulmonary bioImage Study (SCAPIS) we have included the measurements of lung function by IOS in order to investigate the value of lung function changes identifyied by IOS in relation to current symptoms, atheriosclerosis and future morbidity.

These methods are also included in the follow-up of patients with cystic fibrosis and esophagus atresia in order to early identify obstruction of peripheral airways and to predict which patients are at higher risk of developing disease worsening or respiratory symptoms, respectively.

Studies of patients with aortic or mitral regurgitation  (LV-regurge) has been started and will go on for the next years. The studies involve a lot of different investigation techniques such as PET, MR, echocardiography and cardio-pulmonary exercise test. These methods will be used for early identification  of changes that can lead to severe heart failure.

As an evaluation of 3-dimential echocardiographic imaging,  studies have been done to find out if

The following main projects were pursued in Cardiac Imaging during 2015: